A chandelier from a waste hose glows in the Grão café in Bratislava. The colours are provided by the Spectoda system 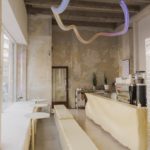 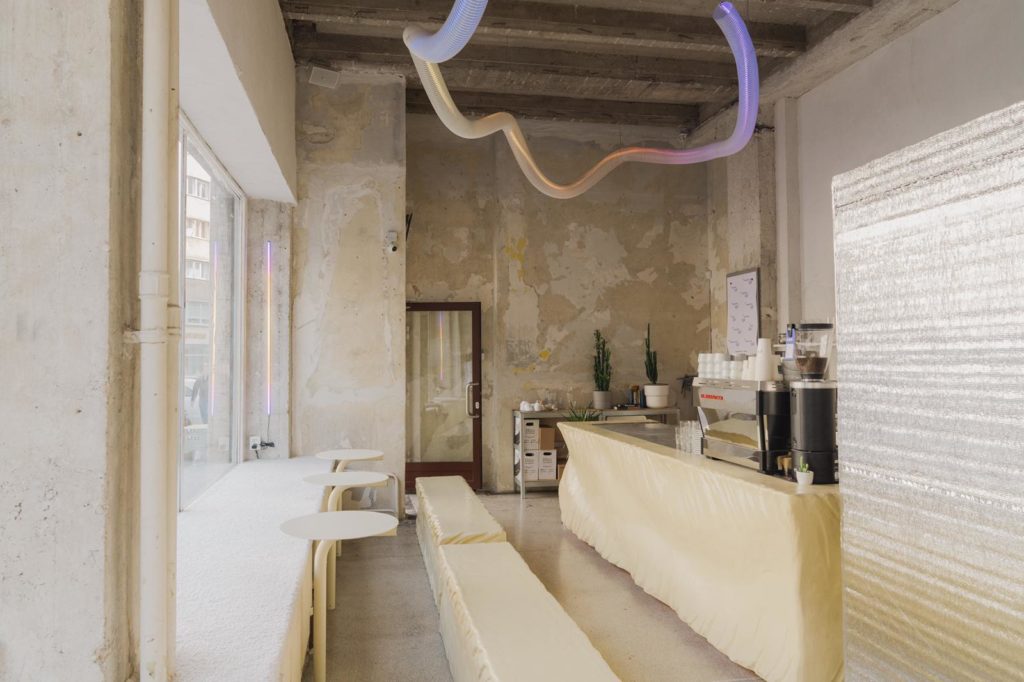 In the Grão café in the Slovak capital, we installed a 15-metre long waste hose instead of a chandelier, added smart profiles and illuminated the shelves behind the bar. All parts of the lighting are connected to our Spectoda control system. The owners can control the atmosphere in the entire place comfortably from a customized app.

Decorations that you can play with

Tomáš Chalupa and his brother opened their own place in Bratislava where you can enjoy cinnamon snails baked according to Nordic traditions. Besides the desserts, the owners wanted to play with the overall design and create a special atmosphere.

One of the interesting elements was supposed to be a 15-metre long chandelier made from a waste hose. As a light source, they wanted to install addressable LED strips, which had to be ideally controlled from a mobile phone. The architect-designed structure was just waiting to be brought to life.

“When we sat down with the architect and discussed possibilities of the space, one of the priorities was light and lighting. Atmosphere can be created with a great plan, good-quality materials, but most importantly with good and properly used light. That’s why we made sure that the lights were LED and programmable, so that we could fine-tune or set the atmosphere for every circumstance and situation in the Grão. And that’s exactly what we got from Spectoda,” shared Tomáš Chalupa, owner of the Grão. The client had a clear idea and was looking for someone to implement it. He got a recommendation from our customer who borrowed Spectra Sticks for an artistic photo shoot. After that, it took only one phone call, a meeting and within two days we agreed on the terms of cooperation. Three weeks later we went to Bratislava to install it. The work in the café itself took us one intensive day.

“We had to come up with such a design so that you wouldn’t see the LED strips through the chandelier. Therefore, we inserted another hose into the contruction and sprayed it white, so it would serve as an improvised diffuser,” said Matěj Suchánek, co-founder of Spectoda.

However, the work didn’t end with the chandelier. In addition to the light hose that winds through the café, we added three smart profiles and illuminated the shelves behind the bar.

All of these lights can be controlled via our app, both individually and in sync. They easily transform the atmosphere of the space and adjust it to different needs – whether it is a party, a quiet spring evening or cleaning after work.

We created the app specifically for the customer. We matched its design to a grey and purple motive based on the company’s colours. Light up your projects with us

Whether you have a specific idea in mind or you are just tempted by the possibility of cooperation, don’t hesitate to contact us. We’d love to meet for coffee and talk about your ideas.

Grão isn’t the only space where it glows. Also check out the Koule Bistro & Bar, the 3D Printer Farm, or a summary of everything we can do.

Tangle turns into Spectoda, while g...

What are the benefits of the Specto...

A chandelier from a waste hose glow...