Spectoda Lit Up the Presidential Debate 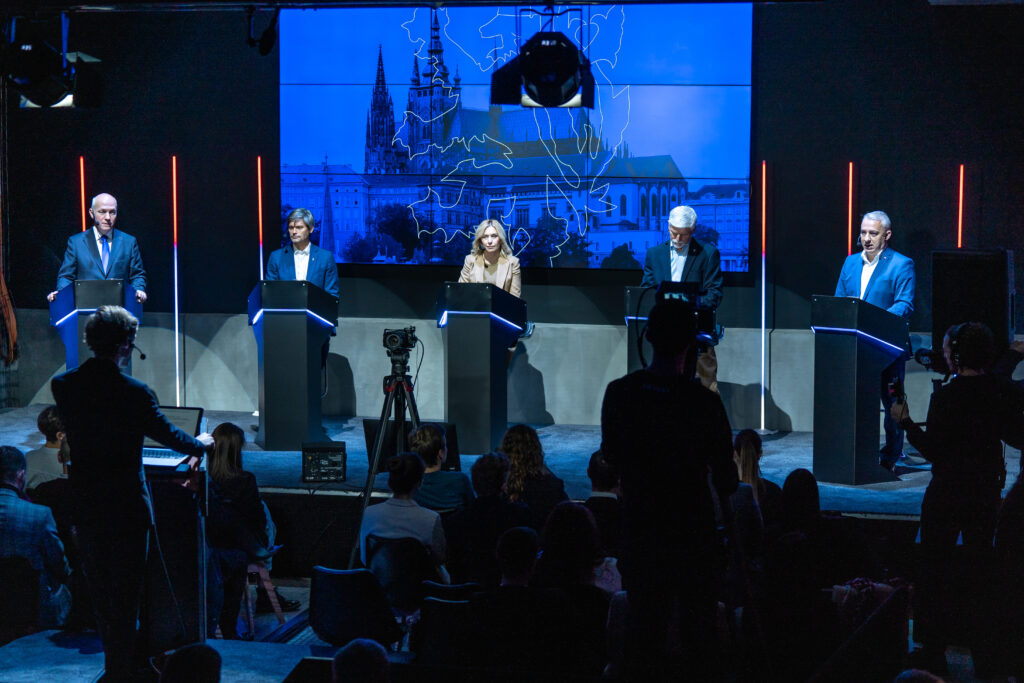 On December 1, 2022, a presidential debate was held at Next Zone in Smíchov, organized by the association Zavolíme! Spectoda assisted with the light design and lighting effects.

The project had an educational background. It was organized mainly by students working under the association Zavolíme! and the online broadcast was watched via YouTube in more than 130 secondary schools across the Czech Republic. The intention to increase young people's interest in public affairs was supported, among others, by headmasters and teachers who made it possible to broadcast the debate in classrooms. Student initiatives and youth parliaments have also been involved.

The event took place in Next Zone, where you can find us during regular business hours. The brief for our team was simple – make it look like it was on TV.

Together with our colleagues from Next Zone, we manufactured special counters. These lit up when the candidate was speaking. We also added wireless SpectaSticks, which served as timekeepers. They used the light to show the time left for each speaker to answer.

The atmosphere was also enhanced by the lighting of the event space powered by our Spectoda system. We installed 50 meters of addressable LED strips here last autumn.

In the Hands of Students

The event was prepared by high school and university students, who gathered in the associations Zavolíme! and Politika nejen pro mladé. They took care of the overall coordination, promotion, graphic design, live broadcasting as well as catering and more. 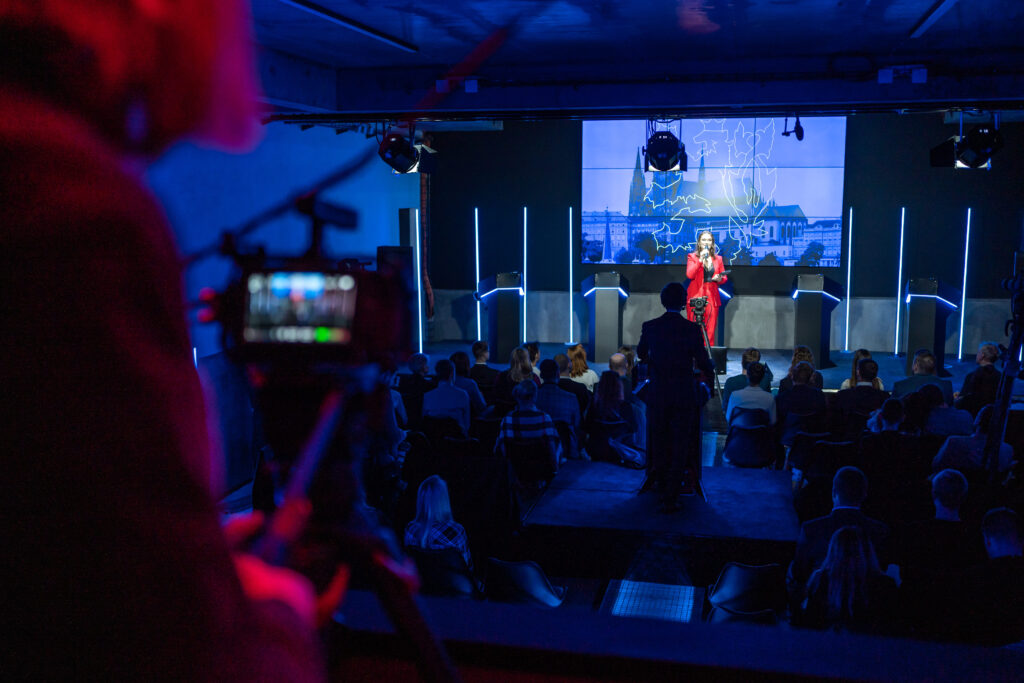 "Working on such projects is like a reward. I would like to thank the organizing team for a great job and trust in our technology. I look forward to future opportunities to collaborate," commented Anna Veselá, CEO and co-founder of Spectoda, on her LinkedIn profile.

Did we manage to meet the organisers' wishes and create lighting like on TV? Find out for yourself and watch the footage of the debate on YouTube.