Ritmo Factory Drum Show Is a Pioneer in Europe 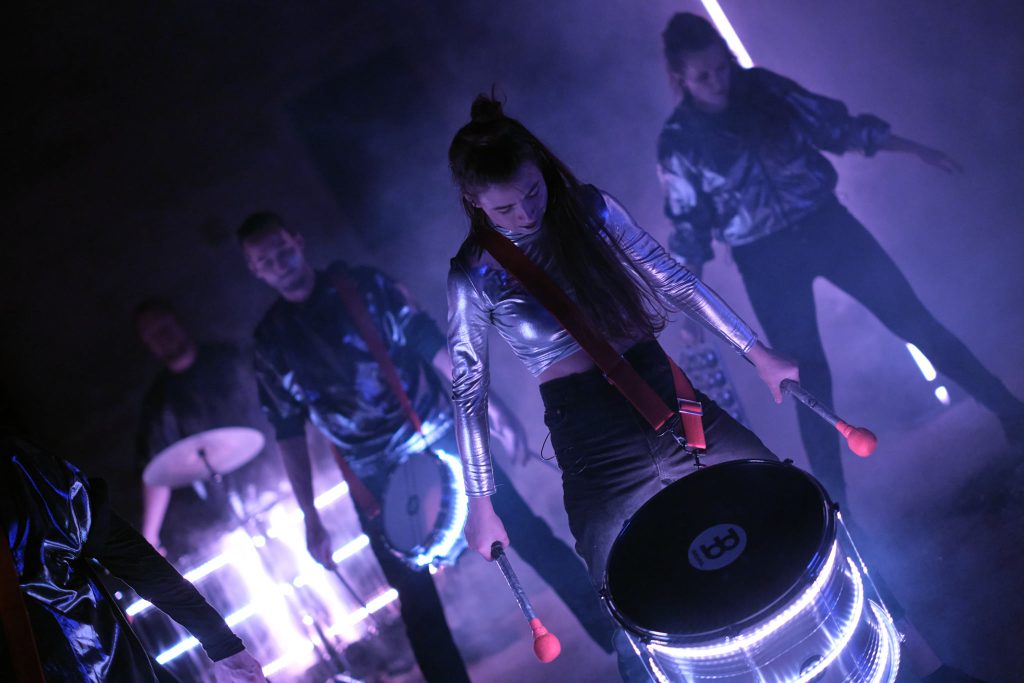 The Ritmo Factory drum show was founded by percussionist Jakub Škrha, who while studying in Brazil became part of the most famous carnival in the world – the Rio de Janeiro Carnival, where he played in a drum orchestra with famous samba schools. Ritmo Factory has been inspired by South America ever since.

The band was at a turning point during the coronavirus pandemic. Jakub Škrha and Ester Švábková decided to take advantage of the situation to improve their instruments and thus the whole performance. Until that moment, the performers had drums covered with LED tapes that could only glow white. Jakub and Ester were looking for a way to replace them with digital RGB lighting, which, in addition to changing colours, could also react to the drumming. Spectoda came up with a solution.

We installed a special box with a Specoda Controller in each drum, which was supplemented with a gyroscope and an accelerometer. Thanks to this, the device can perceive vibrations as a command to light up the LED strips. So the band can use the computer to start the music, but no longer needs a human to manually control the lights throughout the entire show. Everything happens automatically via the controller.

A Matter of the Heart

"Ritmo Factory was the first client where we could test the idea of a decentralised network. It proved to work. I will never forget the first show, it was a breathtaking experience," says Anna Veselá, co-founder of Spectoda.

We highly recommend a visit to the Ritmo Factory light show. Watch a short teaser on YouTube or read more about the band.